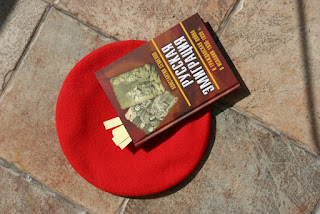 It is well known that there were tens of Russians who joined Requeté units and fought in the Civil War. The subject is flagged rather than discussed in a number of works, be it those focusing on the Carlist realm (Julio Aróstegui, Combatientes Requetés en la Guerra Civil española, 2013), on foreign volunteers to Nationalist ranks in general (Judith Keene, Fighting for Franco: International Volunteers in Nationalist Spain During the Spanish Civil War, 2001, Christopher Othen, Franco's International Brigades, 2008), or on Russian volunteers and the war (Roberto Palacios-Fernández, Русские добровольцы в испанской Гражданской войне, 1995). There are brief monographs on Russians volunteers in specific formations (Сергей Балмасов, Русские в бандерах Испанского иностранного легиона, 2003), yet there is no monograph on Russians in the Carlist ranks. The recent approximation to the issue is offered by Konstantin Semenov, the Russian historian specializing in recent military history; with no academic background, he is involved in the realm of museums and in editorial activities. Unfortunately, the work discussed is not a monograph on the Russians in Requeté either. Its objective is to present the position of Russian emigration towards the Spanish war; particular attention is paid to France and to flow of Russian volunteers to both sides of the conflict. The work contains no specific section on Carlist units, though the chapter dedicated to Russian volunteers to the Nationalist faction in general is heavily based on the Russian Carlist experience.

The first chapters of the volume are of little value to readers interested in the war itself. One chapter provides a very basic account of run-up to the conflict and it might be interesting only for those willing to see how Russian historiography perceives the problem; the account starts – fairly typically – with the Napoleonic area (p. 24), though it might sound odd that pronunciamentos of the 19th century are systematically called „revolutions” (p. 25) and that summary of the republican period underlines political conflict with little attention paid to structural problems (pp. 29-35); few simplifications, natural in such a helicopter-view account, seem a bit excessive (e.g. Sanjurjo is named „nominal head” of the 1932 conspiracy, pp. 29-30). Another chapter offers a general overview of the war (pp. 36-49) and one more deals with the Russian emigration in general (pp. 50- 60). The following section discusses attitudes of the émigrés towards the conflict (pp. 61-72); it demonstrates that siding with the Nationalists was by no means obvious; some sympathized with the Republicans and some called to stay clear of foreign conflicts and save „Russian blood” for liberation of Russia. It is perhaps surprising to note that the decision to support the Nationalists, adopted by the émigré military organisation, was taken regardless of the mounting Soviet engagement; launch of the volunteering scheme was motivated rather as a joint fight against the revolution and as Christian solidarity. It seems that the Russians approached the Nationalists as homogeneous realm and that neither press pundits nor high officers engineering the volunteering scheme developed preference for any section of the Nationalist coalition.

Two key chapters of the work are these dealing with volunteers to the Nationalist (pp. 73-108) and to the Republican side (pp. 109-137). The latter will not be discussed here, though the undersigned must admit being shocked upon learning that there were 4 times more Russians volunteering to the latter than to the former. The section on Russians joining the rebels does not offer much new information on Requeté compared to what we know already; perhaps its key value is that it enables us to gauge Russian engagement in Carlist troops compared to other Nationalist units. Semenov’s work suggests that around a half of all Russians serving with the rebels ended up in Requeté tercios (47 individuals out of 98 cases when a unit or at least a formation could be identified). In particular, it was Tercio Maria de Molina which attracted some one third of all Russians among the Nationalists, with a few in Tercio de Navarra and single individuals in other tercios (pp. 142-151). Some 10 Russians moved to tercios either from the Falangist banderas or from the Foreign Legion, which remained key other formations where they served. Appendix containing a table with details of Nationalist volunteers (pp. 142-151, the Republican ones in table pp. 152-175) is among most valuable sections of the book, though the total of 684 names listed can hardly be reconciled with the claim that the number of Russian volunteers did not exceed 600 (p. 138).

Perhaps the key flaw of the book, at least from the Carlist perspective, is that it offers no information on mechanism of assignment to particular formations. The tendency to move to Requeté and not to other troops is clear yet we know no details how it came about. Negotiations among ROVS (organisation of Russian émigré military) and Francoist authorities do not reveal penchant for any formation and there is no information on would-be negotiations between ROVS and Junta Nacional Carlista de Guerra. One might speculate that perhaps Christian motivations, visible as key mobilization factor among the Russian military, was responsible, yet there is no proof of such a theory. Another theory might be that as the incoming Russians crossed the Spanish frontier mostly in Navarre (p. 79-80), they found it easiest to enlist to Requeté. One more option could be that ultraconservative Carlist outlook suited the Russian emigrants vey well (see p. 85). The Russian overrepresentation in Carlist units seems especially puzzling given Franco opposed clear O’Duffy preference for Requeté and finally managed to divert the Irish into a separate stand-alone brigade; perhaps the Russians were too few to pose a political problem and unlike the Irish, they were permitted to join the Carlists. It seems that Semenov’s focus on Russian rather that on Spanish documents (of which only two fonds of the Avila military archive were researched, p. 248) might be responsible for insufficient analysis of the issue. 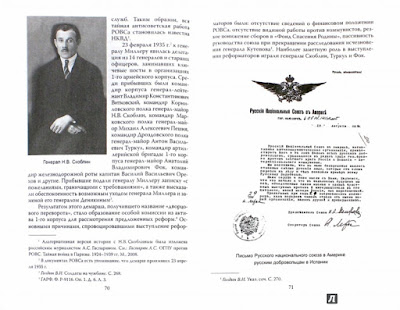 Semenov’s volume provides abundant evidence that – at least from the Russian perspective – relations between the Russians and the Spanish Requetés were very good if not excellent. One might suspect that they were much better than in the socially-minded Falange or in the mercenary-like Foreign Legion; perhaps as the news spread, it prompted many Russians to seek re-assignment from banderas to tercios. The work contains numerous accounts pointing to very friendly relations and no account pointing to a conflict; one can even learn that the Russians attended Roman Catholic masses, and some Spanish Requetés were at least present at Orthodox liturgies (p. 233, 234). Some Russian documentary narratives attached as appendices, like Как дралась Наварра (Navarre in combat, account of Monterrubio fightings in January 1939, pp. 211-215), are in fact exalted homages to the Carlists; Carlist rule in towns re-taken by the Nationalists, like Caspe, prompted some Russians to imagine that their own rule in Russian towns re-taken from the Soviets would look very much the same (pp. 231-232). Apparently it was not a big problem that many Russians (most?) served in ranks far lower than their original ones (e.g. Владимир Двойченко raised to colonel in his native Tavricheskiy cavalry unit, but in Tercio de Navarra he was killed as a sargento, compare Semenov p. 144, Aróstegui p. 166). Semenov does not offer any explanation of this under-ranking phenomenon, interesting given permanent shortages of officers in Requeté (and political problems ensuing, see the Academia Militar issue) and given many Russians were competent enough to lead a battalion if not a regiment; perhaps their poor command of Spanish was an insurmountable obstacle.

Semenov’s volume only slightly broadens the list of Russian Requeté combatants known already from the requetes.com service, yet it provides more detail and names in original transcription. We can now determine that e.g. a Russian officer of Tercio Maria de Molina, referred to as „Peluquín” in Aróstegui (p. 546) is most likely Яков Полухин (Yakov Polukhin, born 1895 p. 148, in requetes.com listed as „Poluhin Jakob”), „Illin” (p. 548) is most likely Борис Ильин (Boris Illin, born 1910, p. 145) and „Fot”, is perhaps Анатолий Фок (Anatoliy Fok, born 1879, p. 150, in requetes.com listed as „Anatole Fock”). However, there are cases which still remain unclear: „Krivochensko” (Aróstegui p. 548) might be one of the Кривошея (Krivosheya) brothers (pp. 146-7), though other names also seem to be a close match. There is some additional detail on fightings in Biscay (Ochandiano, p. 89), Aragón (Quinto de Ebro, pp. 93-95) and Extremadura (Monterrubio, pp. 211-215) and on outstanding Russian personalities, like Анатолий Фок or Николай Шинкаренко. The volume provides also interesting though rather anecdotal evidence; it falsifies claims that the Carlists did not resort to „Arriba España” cries (p. 212), testifies that the Carlists were very much visible as far South as in Cádiz (pp. 205-206) and – which seems surprising – notes that also in the very heat of the battle the Spanish Requetés were addressing their Russian comrades „de usted” (p. 213). Some parallels drawn by the Russians are telling, even though they do not refer to the Carlist realm: Burgos as headquarters of the Nationalists is compared to Ekaterinodar during the Russian Civil War (p. 207) and the Nationalist rising itself is compared to Kornilov’s affair (p. 56).

The book suggests that there were at least 8 Russians who died in combat when serving in Requeté units, which would make up for an extraordinarily high 17% KIA ratio. Unfortunately, there is no section on post-war fate of the survivors, even though it seems that for many the war changed their personal lot. The requetes.com site lists some 20 Russians who apparently remained in Spain and passed away there in the 1960s, 1970s or the 1980s; this would suggest that some 45% of all Russian Requeté combatants did not return to France or their original emigration country and opted for a new homeland. Unfortunately the author did not decide to track their fate, which after all was also part of the Russian emigration history. Following two key chapters on volunteers to both sides Semenov proceeds to offers a brief concluding section (pp. 138-141). His work consists also of some 100 pages of appendices (pp. 142-246). They contain already mentioned tables with lists of Nationalist and Republican volunteers, few articles from the Russian press, ROVS-related documents and excerpts from Russian letters and memoirs, some of them particularly interesting as containing unedited first-hand record on the Carlists as perceived by the Russians. The list of sources consulted reveals that the author was allowed access to Russian archives which usually remain out-of- reach for foreign scholars and that the secondary literature consulted contains only few titles printed beyond Russia or the USSR. Overall evaluation of the volume is not the objective of this review; contribution to the Carlist and Requeté history seems rather modest. 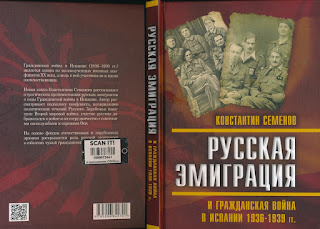 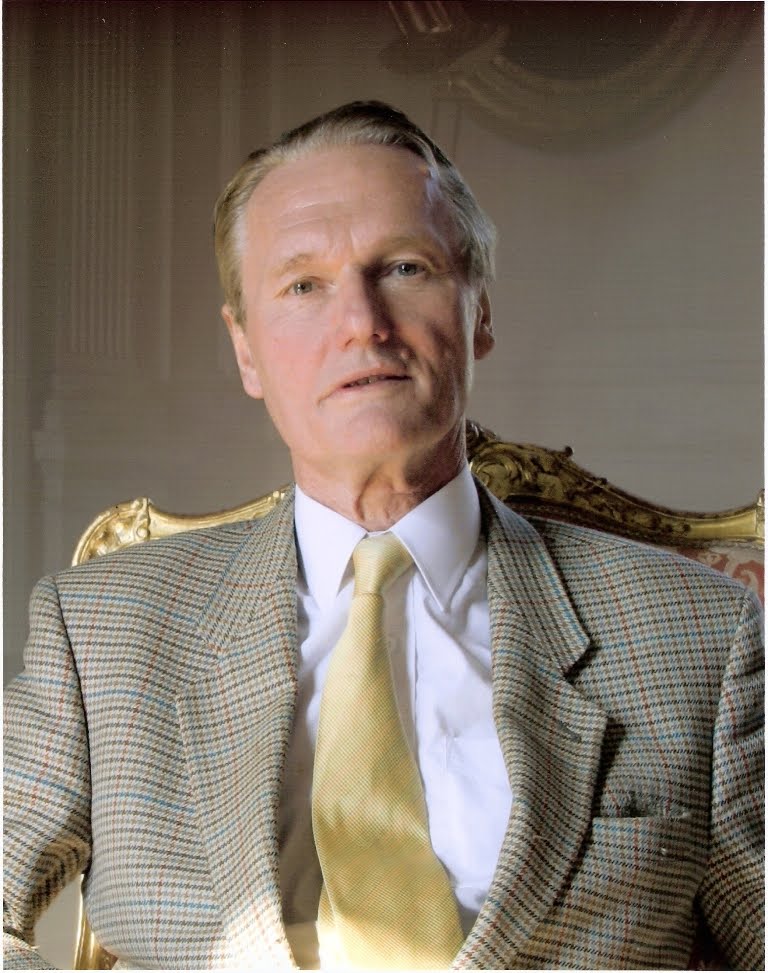 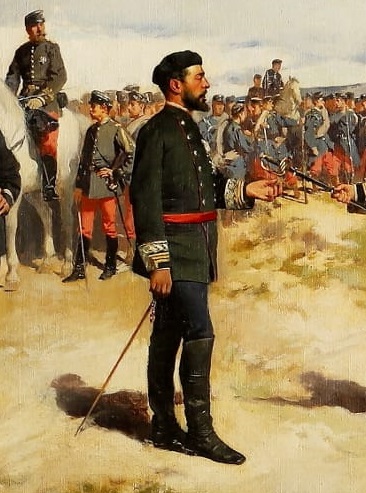 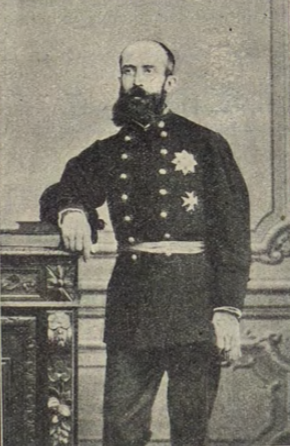 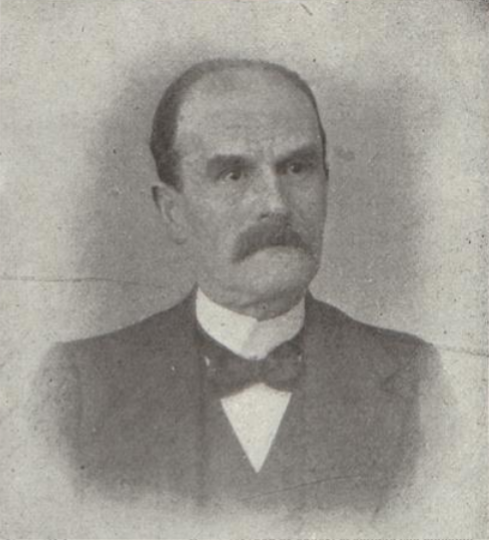 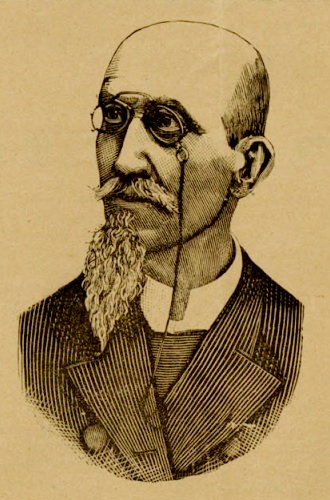 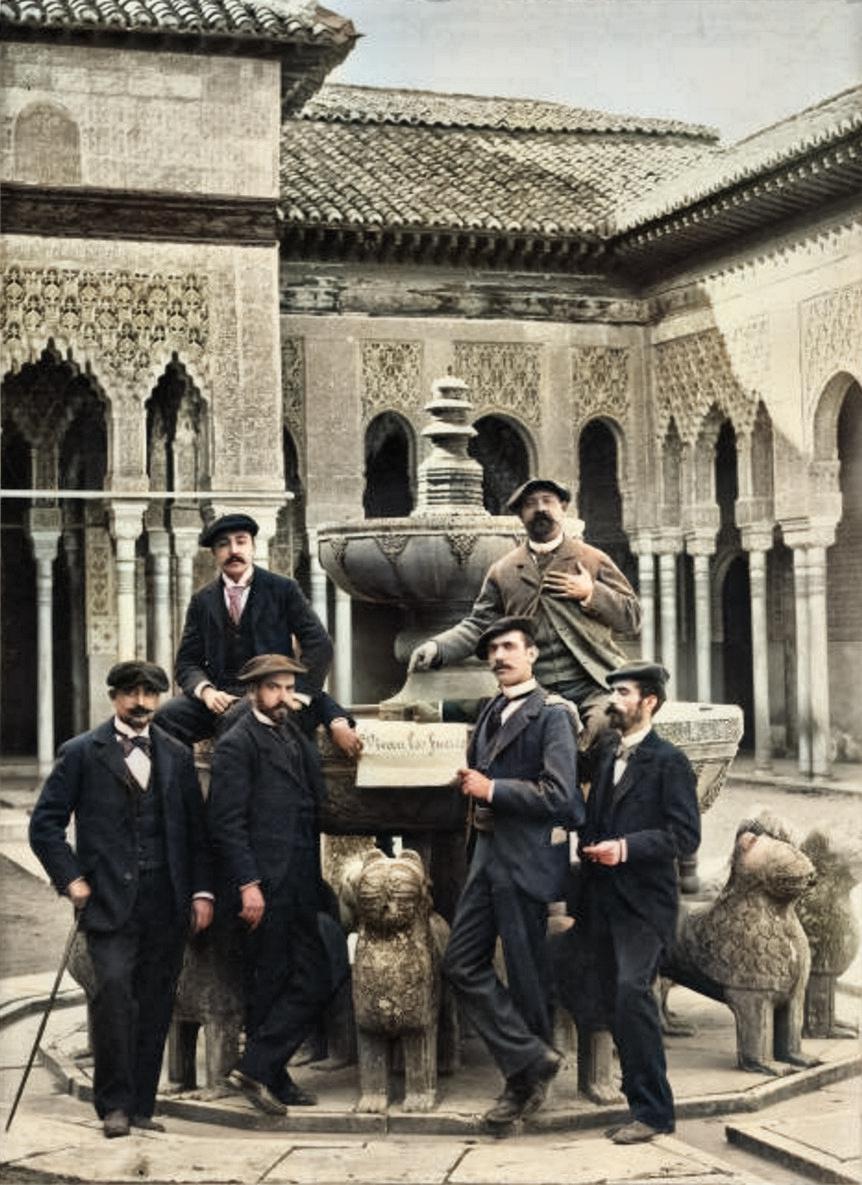 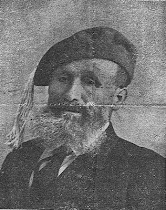 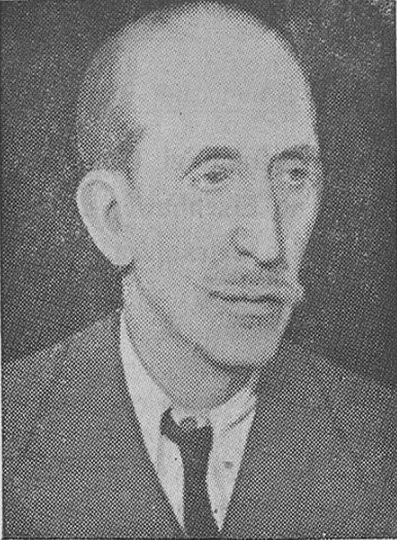 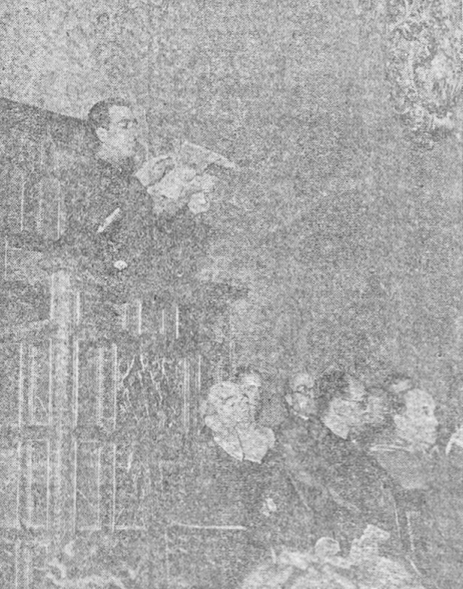 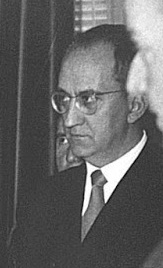 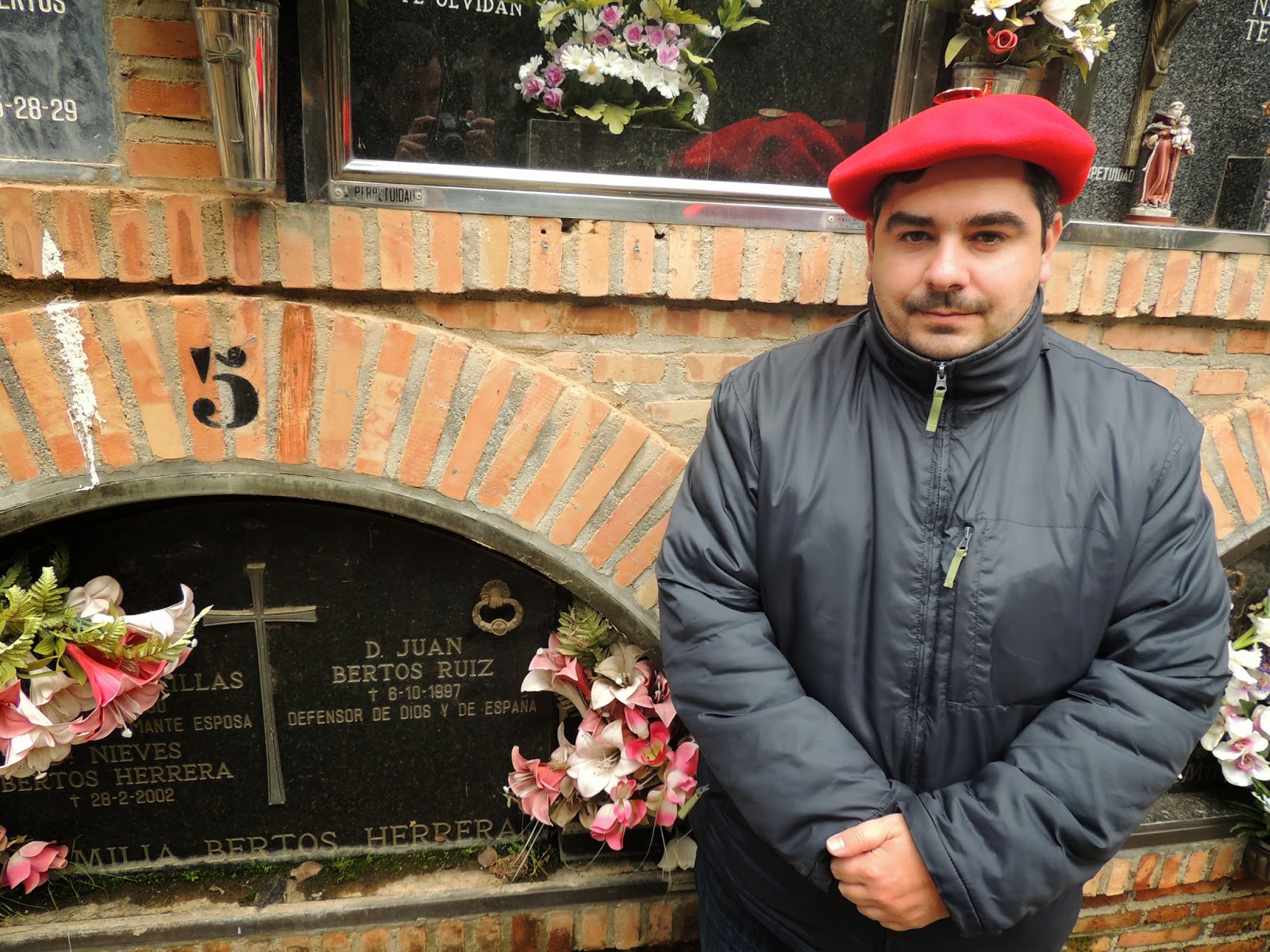 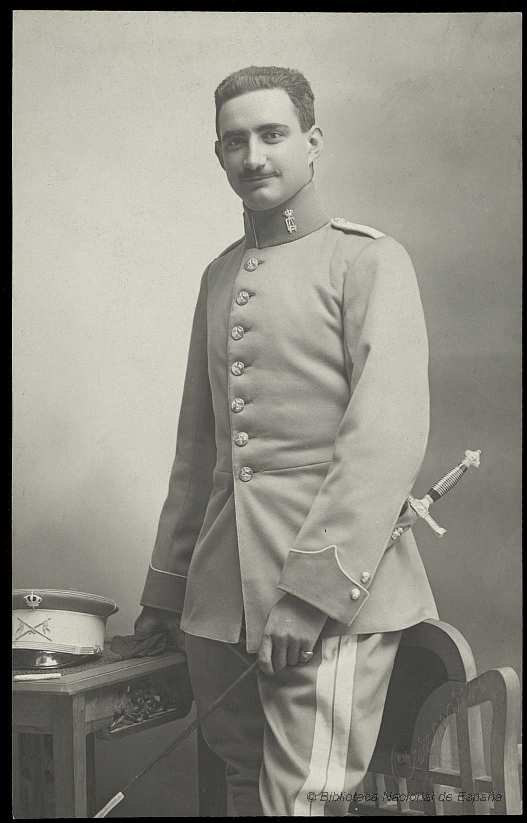 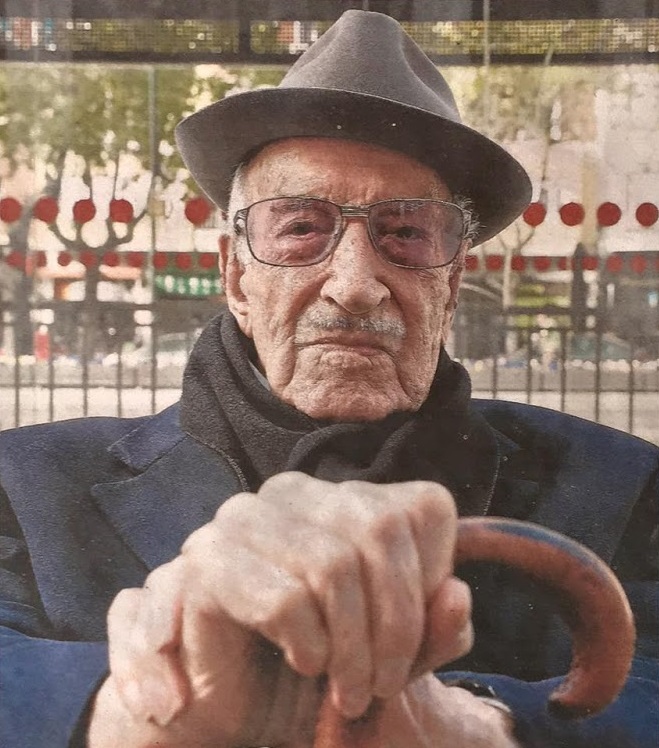 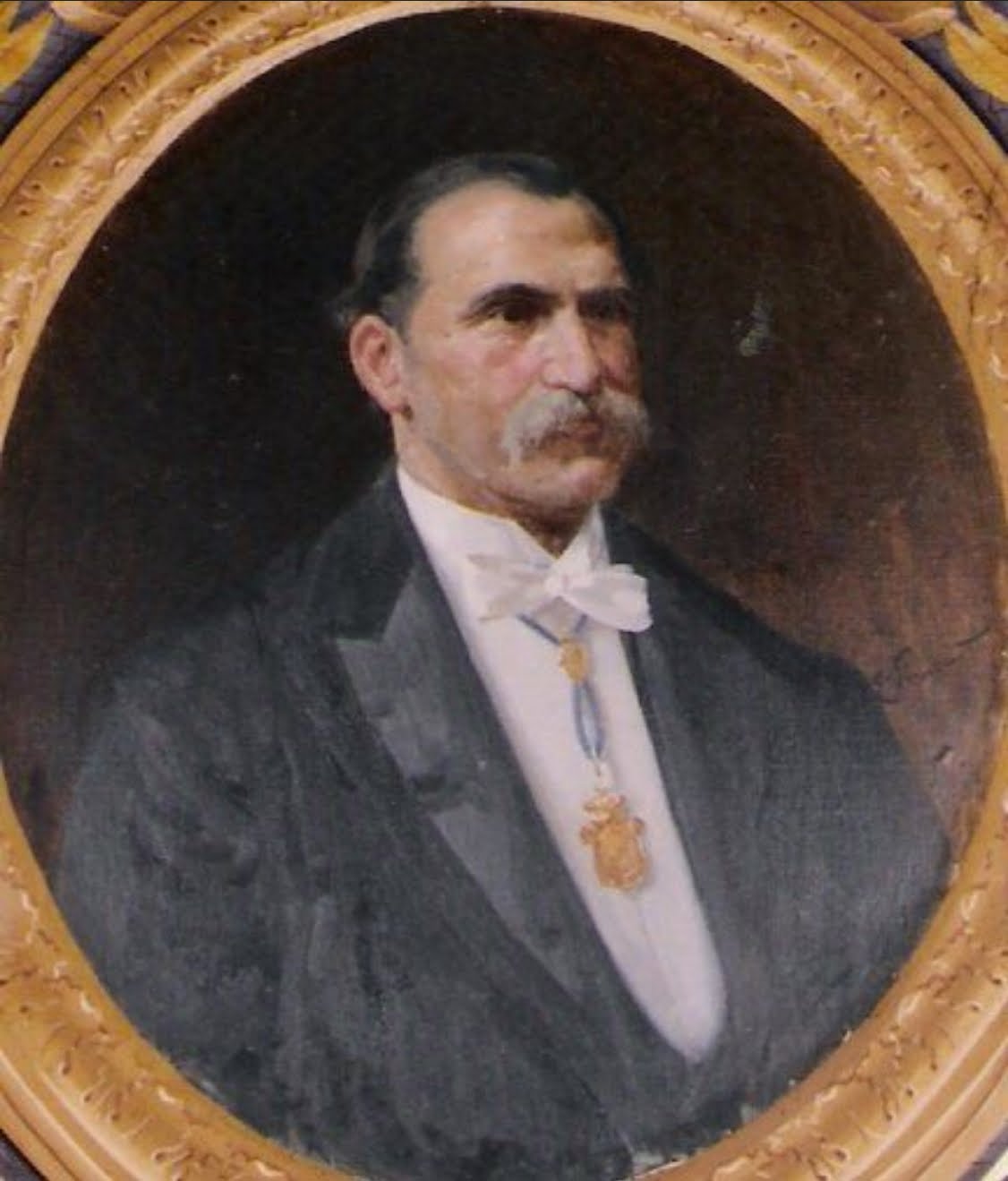 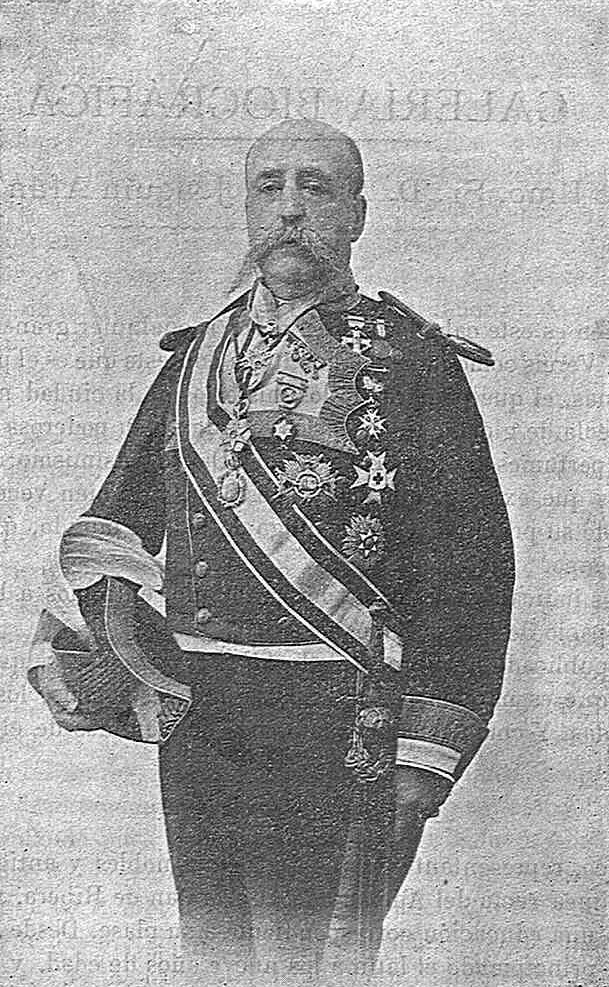 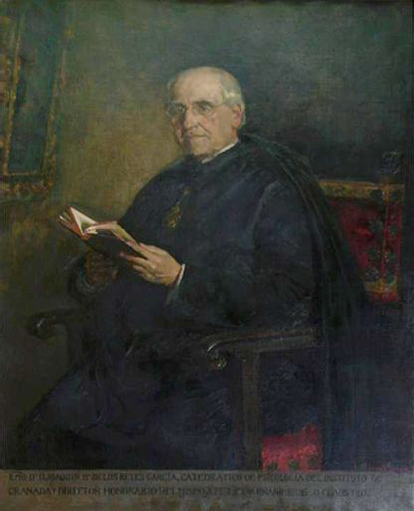 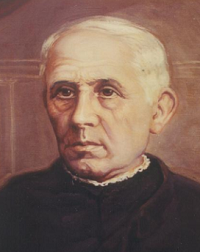 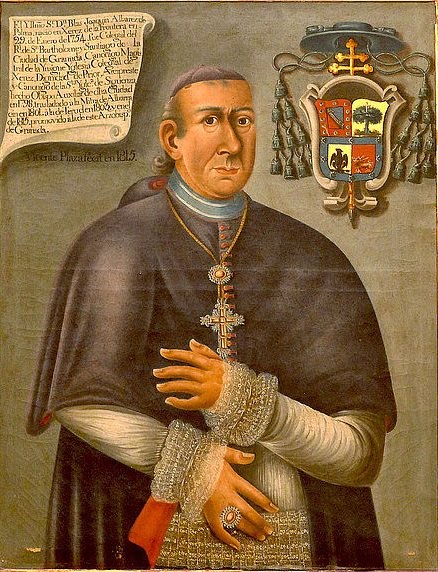 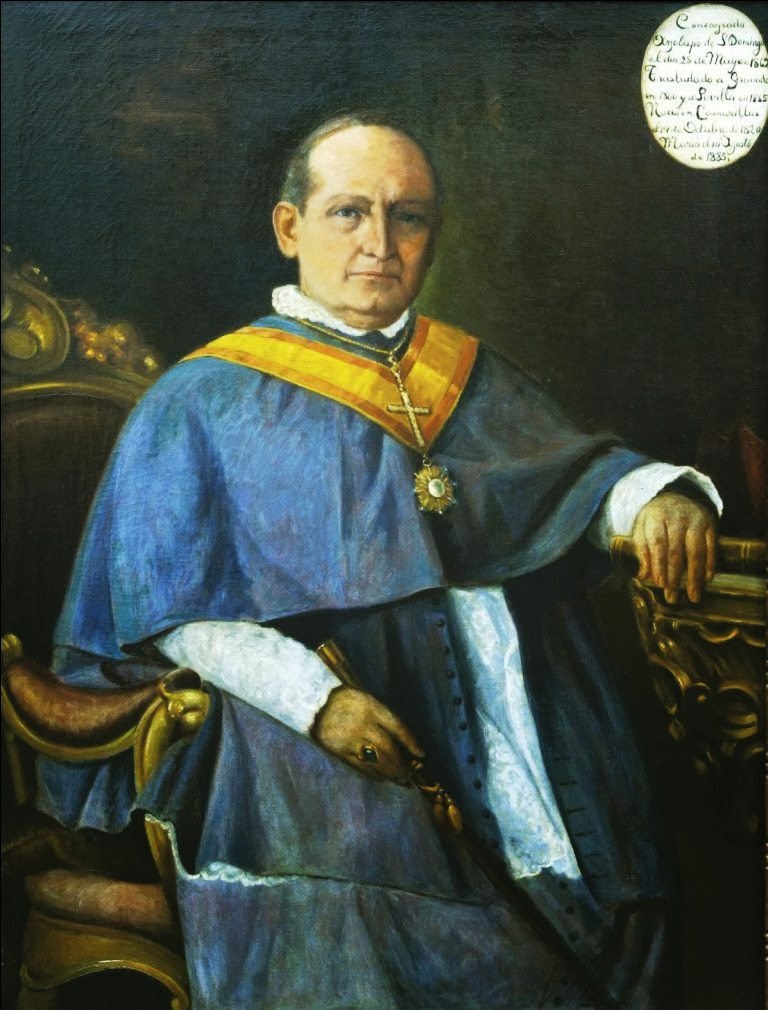 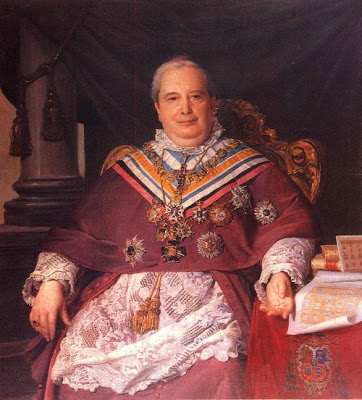 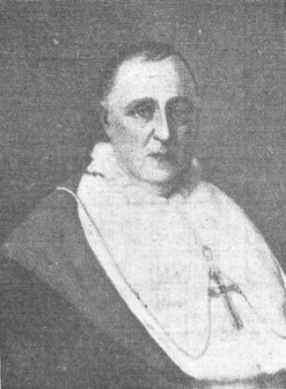 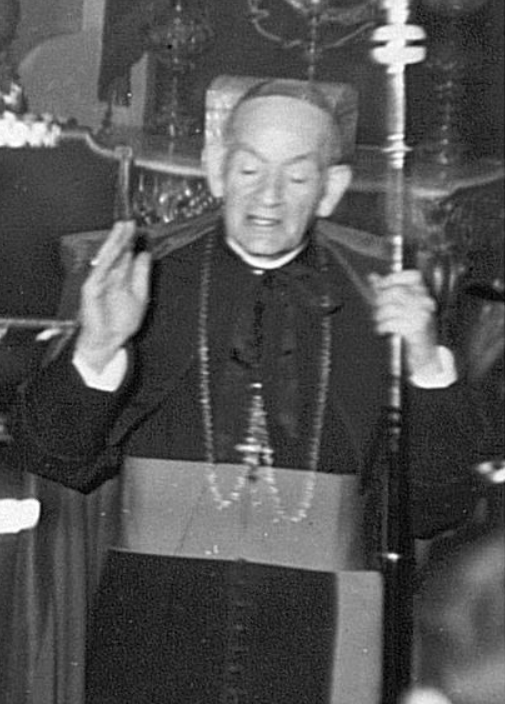 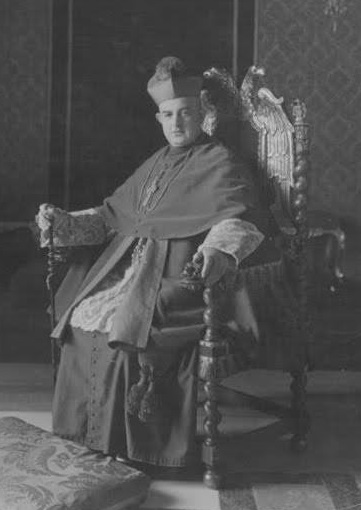 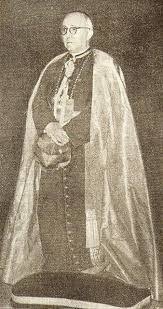 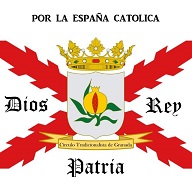